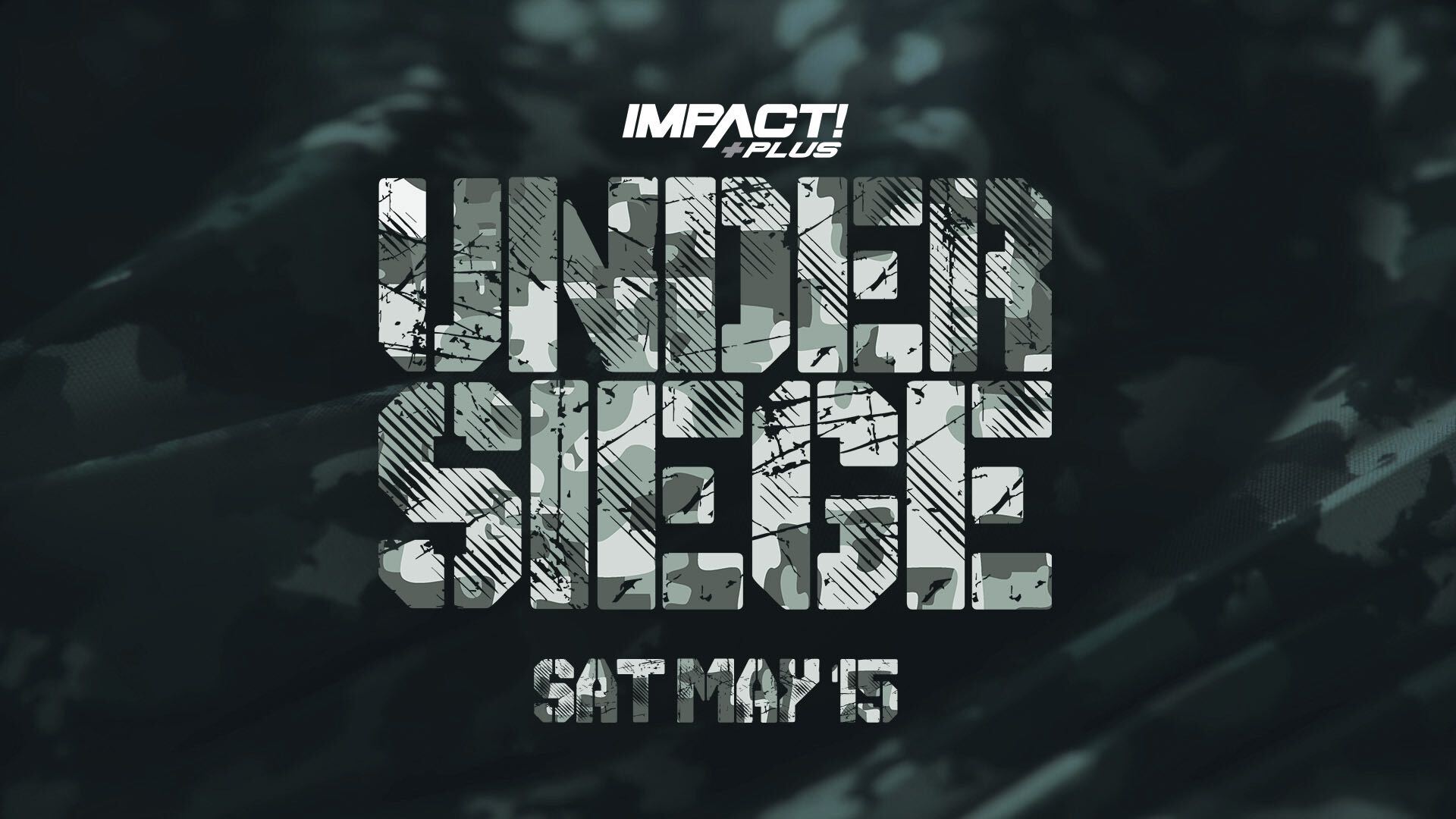 IMPACT Wrestling Is Under Siege

IMPACT Wrestling presents it’s next must-see event, Under Siege, streaming May 15th on IMPACT Plus!

New IMPACT World Champion Kenny Omega will find out who his first challenger will be when six of IMPACT Wrestling’s top stars compete in a #1 contenders match at Under Siege. Half of the field is set after Chris Bey, Matt Cardona and Sami Callihan were victorious in qualifying matches on IMPACT! With a huge target on the back of Omega, who will step up for a shot at the richest prize in IMPACT Wrestling?

On his first night as the new IMPACT World Champion, Kenny Omega was almost stripped of the title after disobeying the requirement that he be physically present on IMPACT! When Omega arrived with minutes left in the broadcast, he joined forces with The Good Brothers to send a physical message to Sami Callihan, Eddie Edwards and FinJuice. At Under Siege, Omega will step into an IMPACT ring once again when he and The Good Brothers take on Eddie and FinJuice in a star-studded six-man tag team match.

After Jordynne Grace and Rachael Ellering dethroned Fire ‘N Flava to become the new Knockouts Tag Team Champions in their first match together, they were confronted by the former title-holders on IMPACT! Following a verbal altercation, a rematch between the two teams was set for Under Siege. Will lightning strike twice for the powerful duo of Grace and Ellering or will Fire ‘N Flava reclaim the gold?

Stay tuned for more news and match announcements on Under Siege!