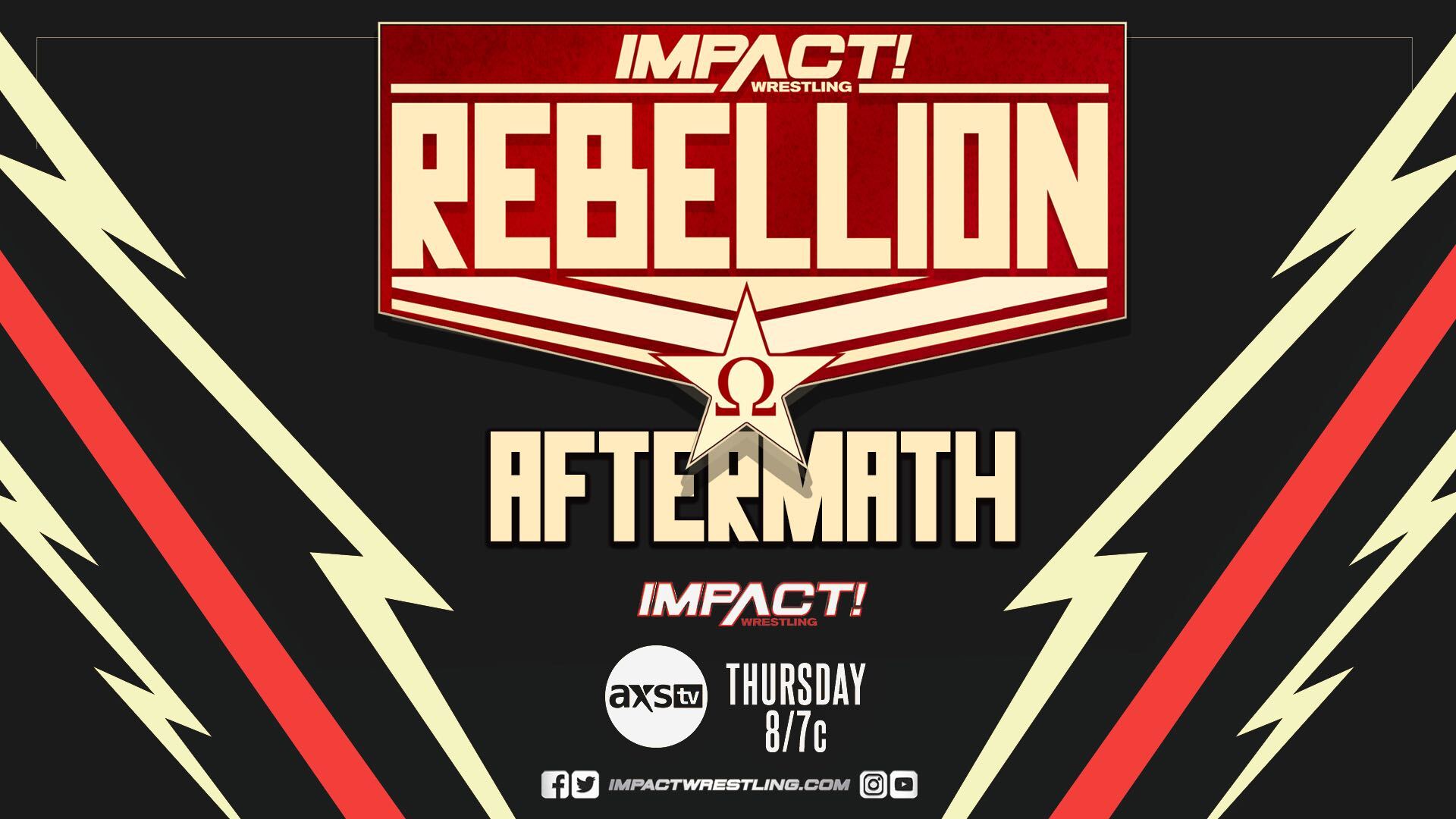 Find AXS TV in your area!

The fallout from this past Sunday’s unforgettable Rebellion Pay-Per-View begins on an all-new IMPACT!, this Thursday at 8/7c on AXS TV.

Following Kenny Omega’s history-making victory over Rich Swann in the Title vs. Title match at Rebellion, Omega has added the IMPACT World Title to his collection of championships. With the wrestling world eagerly awaiting what happens next, we can confirm that the new IMPACT World Champion Kenny Omega will hold an in-ring celebration this Thursday on IMPACT!

It’s time to Get Wilde! After Deonna Purrazzo successfully retained her Knockouts Championship against Tenille Dashwood at Rebellion, she was on the receiving end of a physical message from the returning Knockouts veteran, Taylor Wilde. This Thursday on IMPACT!, Wilde returns to in-ring competition for the first time in over a decade as she battles Purrazzo’s ally, Kimber Lee.

At Rebellion, W. Morrissey made his shocking IMPACT debut as he joined forces with Violent By Design to defeat Eddie Edwards, Willie Mack, James Storm and Chris Sabin. Now Morrissey turns his attention to this Thursday’s IMPACT! where he will make his first appearance on AXS TV. Whatever comes next for W. Morrissey, one thing is for certain – his powerful presence will be felt.

There’s no rest for the weary! Just days after becoming X-Division Champion for the very first time at Rebellion, Josh Alexander must defend his newly-won title against former champ Ace Austin this Thursday on IMPACT! Will Alexander kick off his reign with a successful title defense or is it “Inevitable” that Ace reclaims his spot at the top of the X-Division?

BTI kicks off your night, Thursdays at 7/6c on AXS TV. Tune in for everything you need to know ahead of IMPACT!, featuring in-depth previews, exclusive interviews, behind-the-scenes access and an exclusive match. Following Violent By Design’s victory at Rebellion, can James Storm strike back when he goes one-on-one with Deaner?