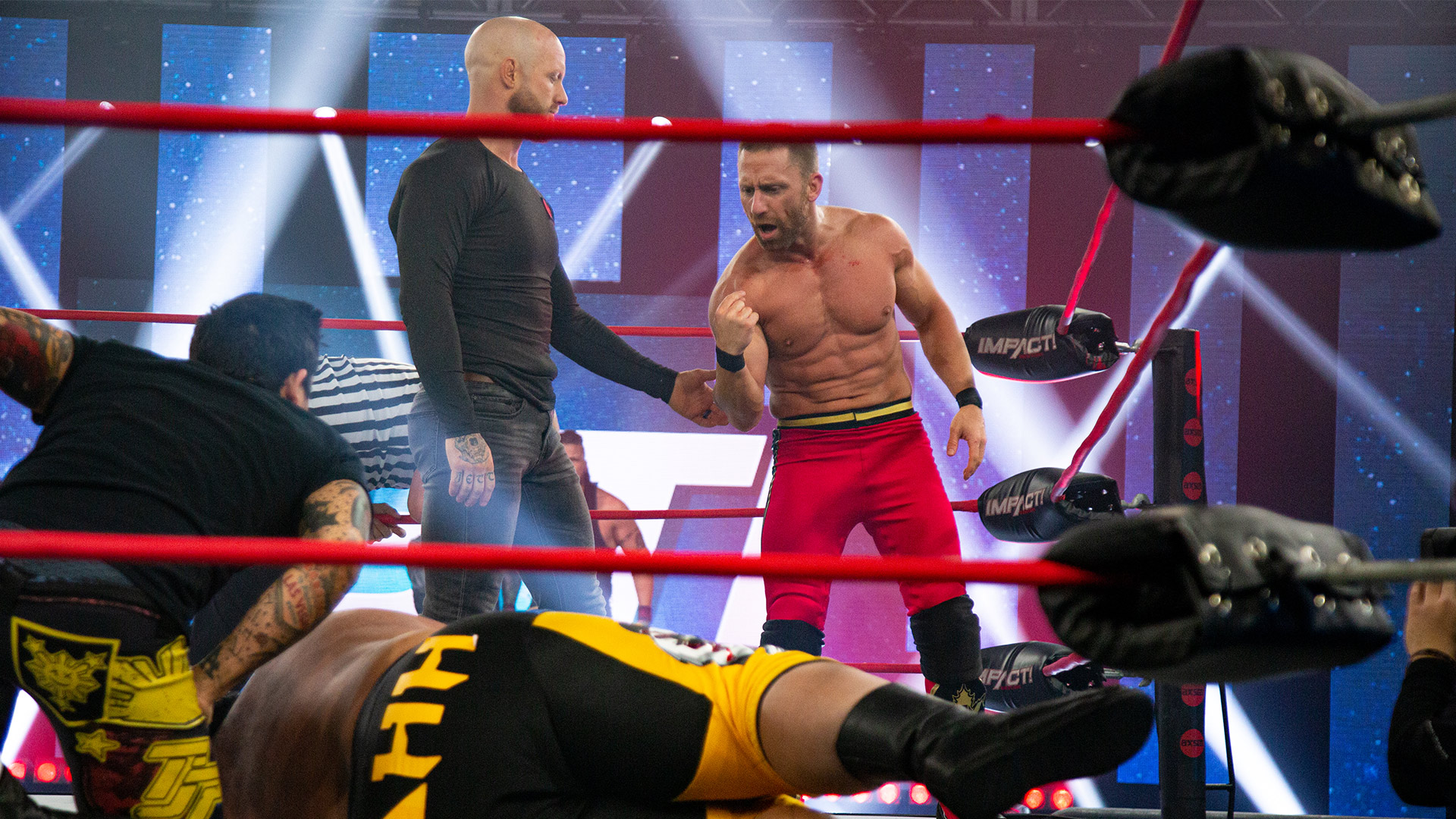 BTI brings the action each and every Thursday night just one hour before IMPACT! begins on AXS TV. On this week’s special Wrestle Week edition, friends of the X-Division Title competitors at Rebellion squared off in a 3-way collision between Madman Fulton, Fallah Bahh and Petey Williams! As TJP held off X-Division Champion Ace Austin and Madman Fulton at ringside, Josh Alexander gave Petey Williams the upper-hand, allowing him to pin Fallah Bahh for the victory!

Another edition of Iceman’s Intel means another scoop from George Iceman! Earlier tonight, George Iceman revealed that people backstage at IMPACT Wrestling have reported seeing ghostly apparitions and experiencing paranormal activity. What could this chilling news mean for the IMPACT roster?

Tune in to BTI next Thursday at 7/6c on AXS TV as the fallout from Rebellion begins. BTI brings the in-depth previews, exclusive interviews, behind-the-scenes access and an exclusive match – don’t miss it!