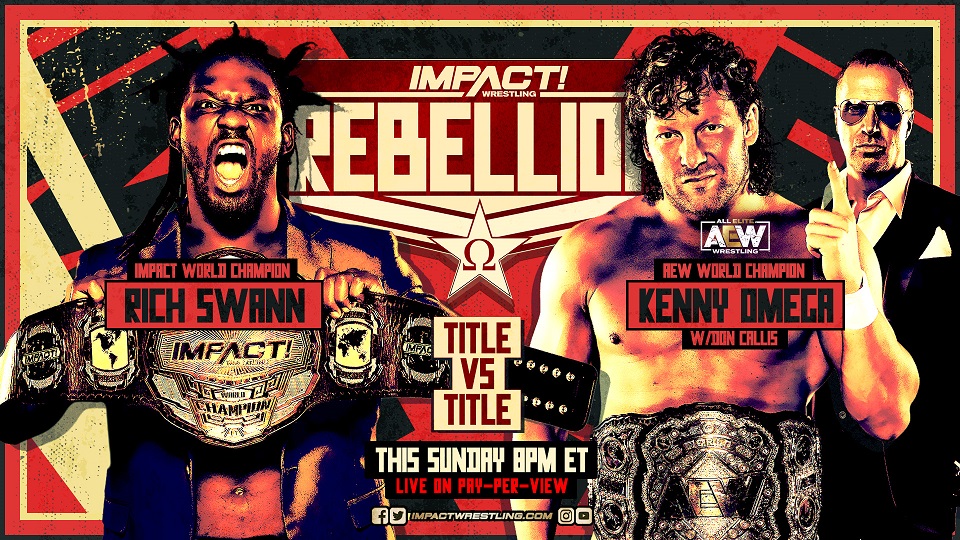 “Turnabout is fair play,” said IMPACT Executive Vice President Scott D’Amore. “Pre-sales indicate this could well be the biggest PPV in company history – the word is already out that a once in a generation title match is taking place at Rebellion this Sunday. But, just in case there’s a few fans who needed reminding the wait is almost over to see this historic title vs. title fight, we took a little of the money Tony Khan has been paying us over the past few months and reinvested it by taking out a commercial on wrestling’s second-best weekly show.”

Click here for everything you need to know about Rebellion.