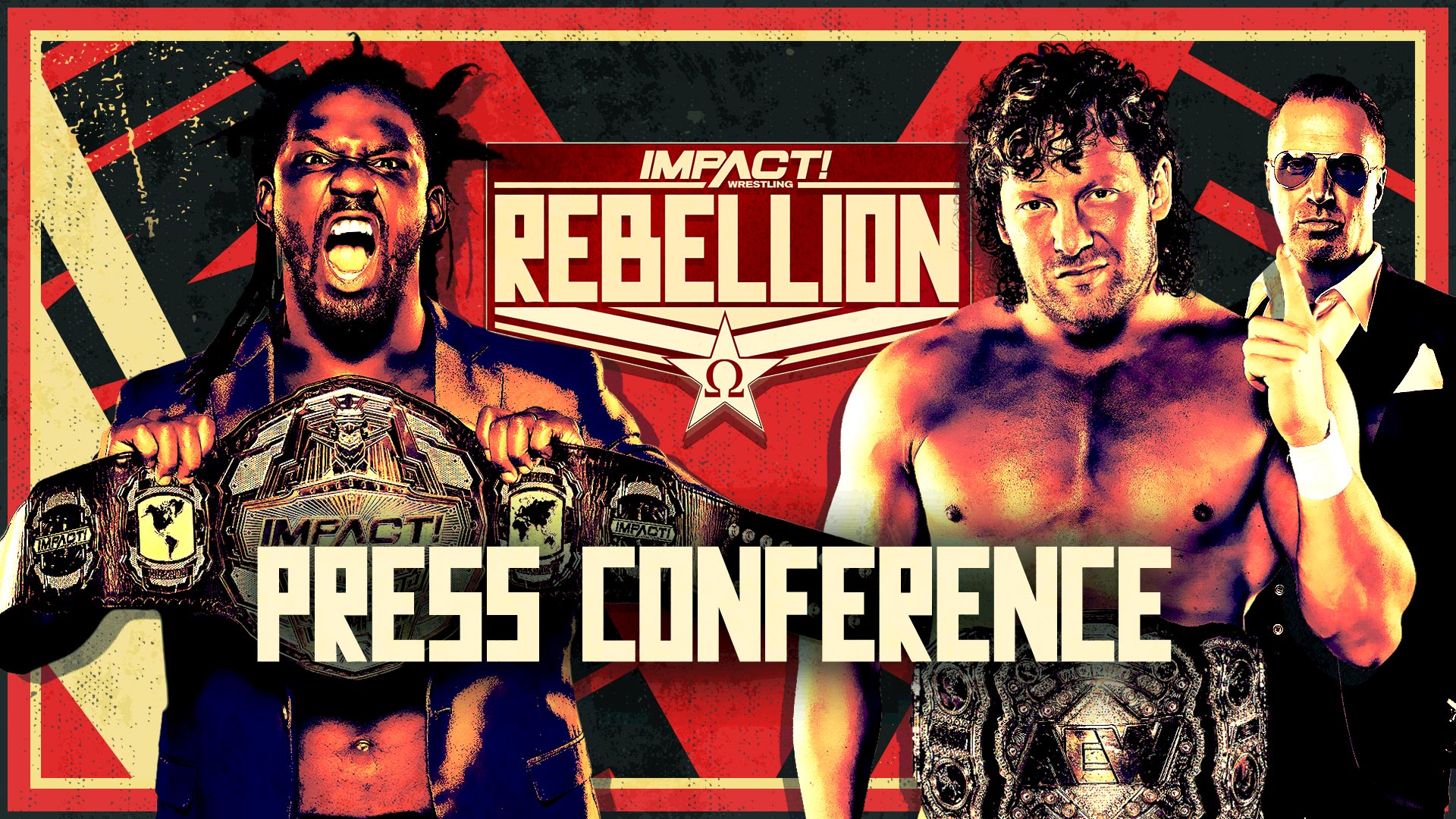 Earlier tonight on IMPACT!, IMPACT World Champion Rich Swann and AEW World Champion Kenny Omega took part in the Rebellion Press Conference. Members of the media were given the opportunity to ask questions ahead of the historic Title vs Title bout between Swann and Omega at Rebellion, LIVE April 25th on Pay-Per-View.

Andreas Hale of Sporting News asked Swann “How do you plan to overcome this level of adversity and what will it mean for your career to come out on top?”

Swann did not downplay the caliber of star that Kenny Omega is but was confident in his ability to stand toe-to-toe with the best. “… He is one of the best in the world… I’m going to have that opportunity to put myself in that light and if I become the IMPACT Unified Champion and AEW Champion in the same night, it’s going to be history making …”

Mike Johnson of PW Insider directed a question to D’Amore and Khan, “What strategies are in place to make sure IMPACT has access to the Unified Champion, especially if Kenny Omega ends up as the champion, given the issues between AEW and IMPACT.”

Khan was first to respond by saying, “Whoever wins, Kenny or Rich, is going to be able to accommodate the schedule for both AEW and IMPACT…”. D’Amore added, “The arrangements have been made… whoever walks out as the Unified World Champion and the AEW World Champion is going to handle both schedules…” Both D’Amore and Khan were also in agreeance that they will do everything in their power to guarantee that a definitive winner and champion will be crowned.

AEW World Champion Kenny Omega and Don Callis would then arrive fashionably late to answer the next question from The Daily Telegraph’s Gareth A Davies. He asked Don, “… At what point are you going to stop playing both sides here? You’re either an IMPACT Wrestling Executive or you’re the personal manager of talent like Kenny Omega.”

Don quickly deflected the question and invited Omega to speak at the podium. After Omega disregarded Swann’s career accomplishments to instead bask in his own glory, Omega delivered one final message – a slap to the face of Rich Swann. The IMPACT World Champion charged at Omega and the press conference erupted into an all-out brawl. Security interjected as IMPACT! on AXS TV went off the air.

The next time IMPACT World Champion Rich Swann and AEW World Champion Kenny Omega meet face-to-face will be for their historic Title vs Title match at Rebellion, LIVE Sunday, April 25th on Pay-Per-View.