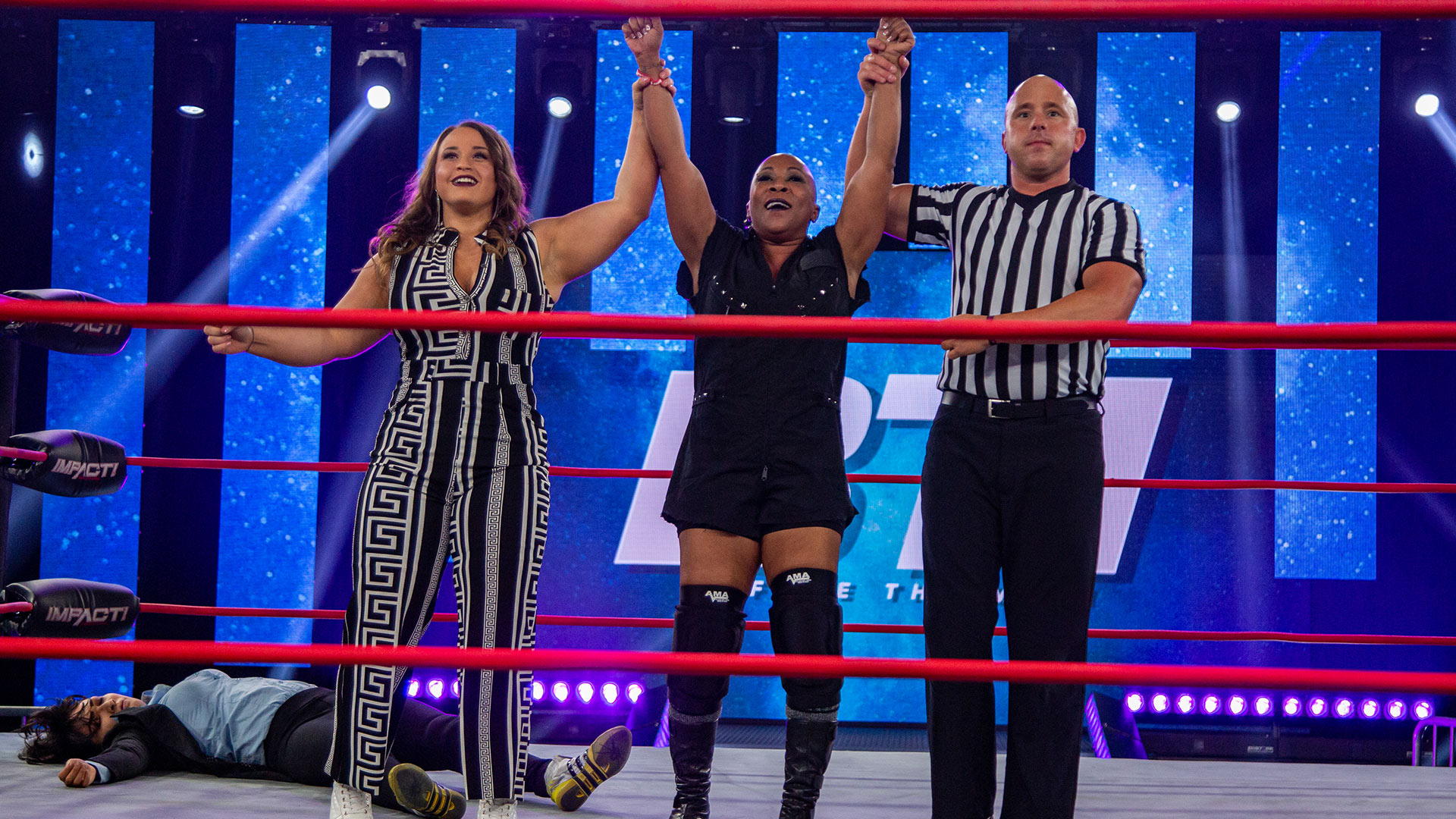 Earlier tonight on Before the IMPACT, Jazz battled Susan just two days before she puts her career on the line against Knockouts Champion Deonna Purrazzo at Hardcore Justice. After Deonna attempted to get involved in the match, she was fought off by Jordynne Grace at ringside. Despite Susan’s best efforts, a determined Jazz drove her into the steel steps to score the victory heading into her high-stakes bout this Saturday.

In an exclusive clip, Nevaeh revealed why she brutally attacked her longtime friend and tag team partner, Havok, following their loss to Knockouts Tag Team Champions Fire ‘N Flava last week. Nevaeh said that after their recent string of losses, she thought that she was the weak link of the team but later came to the realization that Havok was the problem. Whoever is to blame, we do know one thing is for certain – the friendship between Nevaeh and Havok is over.

George Iceman returned for another edition of Iceman’s Intel. Last week, we saw a teaser for a new IMPACT star who will soon be joining the roster. Iceman confirmed that this new star is a Knockout. Not only that, but they’re also a former Champion. Who could it be and when will they make their presence known?

Tune in to next Thursday’s BTI for more in-depth previews, exclusive interviews, behind-the-scenes access and an exclusive match just one hour before IMPACT! begins on AXS TV.