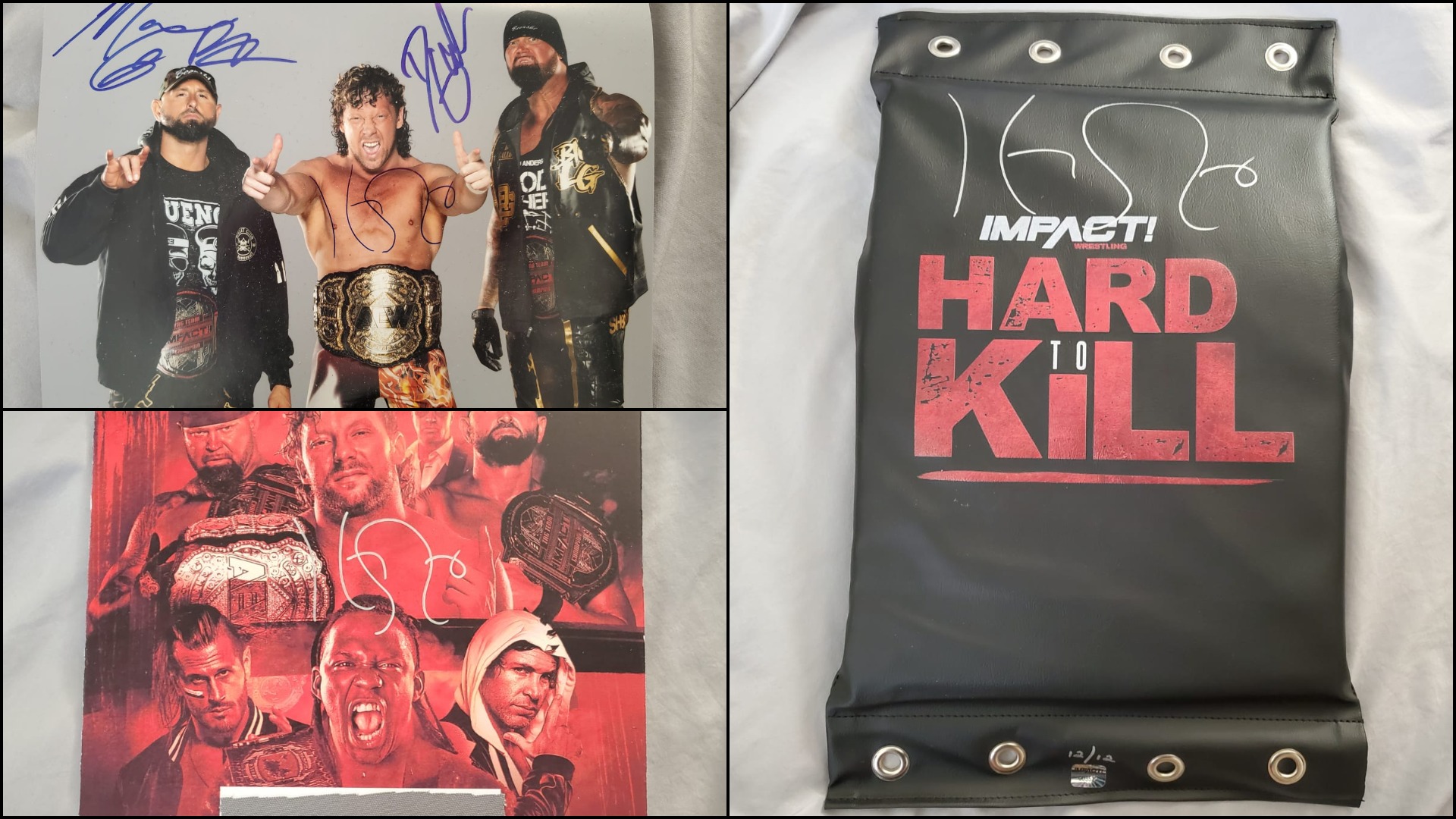 The new Kenny Omega Collection features multiple match-used collectibles – and all items feature the IMPACT Hologram, to verify the item’s authenticity and the autographs.

** Match-used & autographed Turnbuckles from the Hard To Kill pay-per-view, held this past January.

AEW World Champion Kenny Omega and The Good Brothers team up Thursday night on #IMPACTonAXSTV for an explosive 6-man main event against IMPACT World Champion Rich Swann, Willie Mack and Eddie Edwards, marking the first time Omega will compete on an episode of IMPACT! and it happens just a few weeks away from the historic Title vs Title main event match against Rich Swann at the Rebellion pay-per-view on Sunday, April 25th!