This Saturday at Hard To Kill, Deonna Purrazzo will defend the Knockouts Title against the longest-reigning Knockouts Champion of all time, Taya Valkyrie! But first, Taya must get through Kimber Lee as Deonna scouts her opponent from ringside. The bell rings and the fight is on as both Knockouts pummel each other with strikes. Lee begins to wear Taya down with a variety of submission holds. Lee attempts a Swanton Bomb but Taya gets her knees up to create separation! Taya fights back with a spear for two. Taya connects with running double knees in the corner but Deonna puts Lee’s hand on the bottom rope! Rosemary chases her up the ramp but the mysterious Susan intercepts and attacks the Demon Assassin! Lee rolls up Taya off the distraction to score the win!

AEW World Champion Kenny Omega, IMPACT World Tag Team Champions The Good Brothers and Don Callis are kicking back on their luxury bus just days away from the their huge six-man tag team match against IMPACT World Champion Rich Swann and the Motor City Machine Guns at Hard To Kill. Karl Anderson is looking to prove that he’s the true Machine Gun when he defeats Rich Swann all on his own tonight.

This Saturday at Hard To Kill, Chris Bey and Rohit Raju will both challenge Manik for the X-Division Title in a 3-Way Match! Bey and Rohit charge their opponents before the bell but the masked marvels quickly turn the tide. Bey and Rohit are about to fly but Manik and Suicide retreat under the ring, only to reappear seconds later and deliver a pair of dropkicks! Suicide hits a suplex, sending Rohit crashing into the corner turnbuckles. Manik hits a top rope crossbody on Bey as the pace quickens. Rohit tries to unmask Manik but Suicide breaks it up. Bey hits Suicide with The Art of Finesse to pick up the victory!

Rosemary tells Taya Valkyrie that she should prepare for her Knockouts Title match against Deonna Purrazzo at Hard To Kill, instead of joining her at ringside for her match against Tenille Dashwood later tonight. Rosemary assures her that she will have a plan.

.@TheTayaValkyrie has to focus on her title match, @WeAreRosemary will come up with something for her match with @TenilleDashwood. #IMPACTonAXSTV pic.twitter.com/q1kbb88eiu

We get a preview of things to come at Hard To Kill where these two teams meet in an Old School Rules match with no countouts and no disqualifications! Dreamer hits the ropes but Doering trips him up in the opening seconds of the match. Rhino returns the favor when Deaner hits the ropes moments later. The referee ejects both Rhino and Doering from ringside as order is restored, at least momentarily! Deaner distracts the referee, allowing Young to deliver a shot to Dreamer. Deaner slaps his Cousin Jake in the face multiple times and after initially showing restraint, Jake finally snaps. Jake attacks Deaner, causing the referee to call for the bell.

The situation quickly turns to chaos as Rhino and Joe Doering return to the ring and a brawl ensues. Doering eliminates Rhino with a huge clothesline, Deaner takes out Jake with the DDT, and Young makes a statement with a vicious a piledriver to Dreamer. Is this a sign of things to come at Hard To Kill? 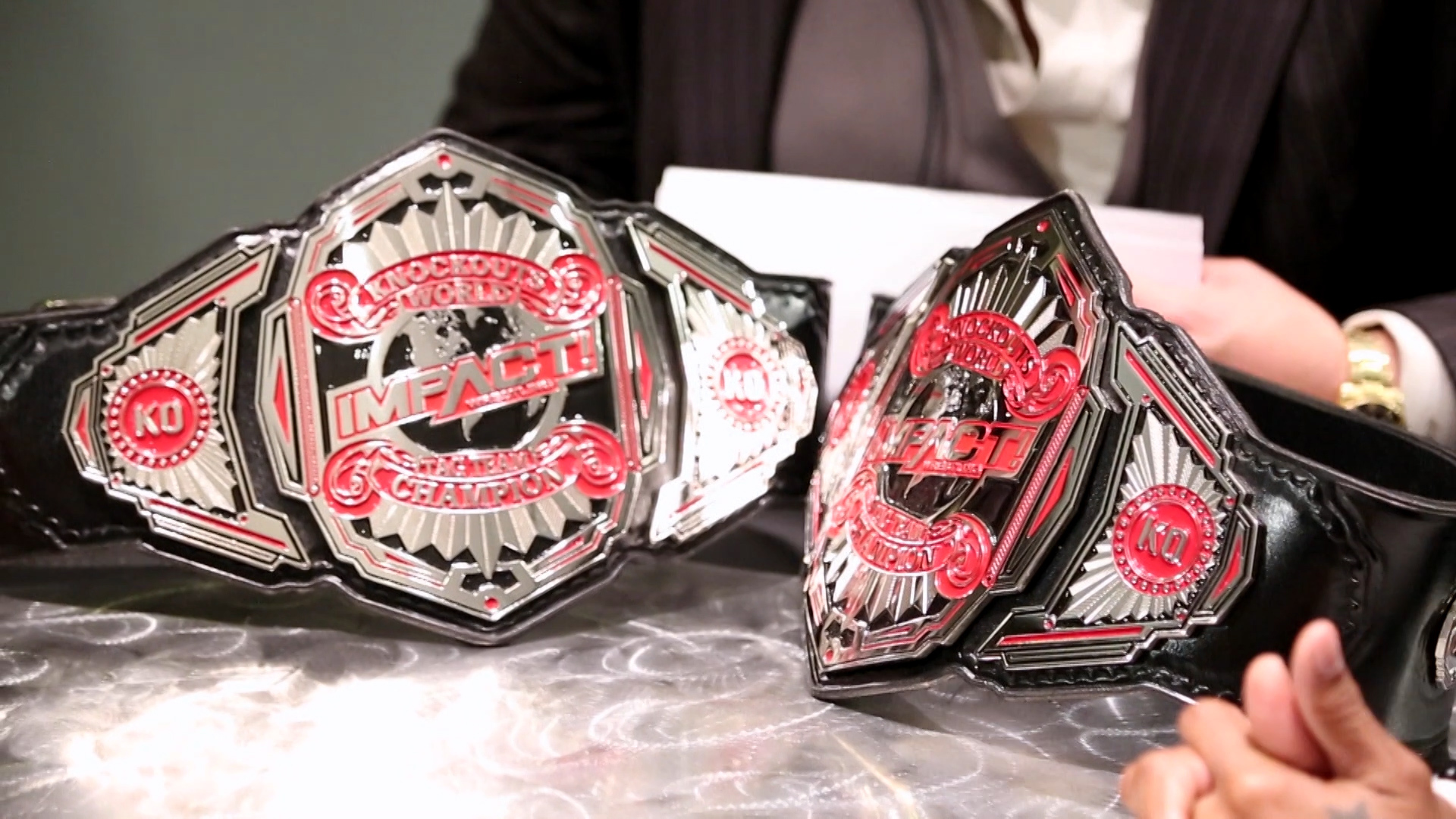 Executive Vice President Scott D’Amore unveils the Knockouts Tag Team Championships by ZBro’s Championship Belts that will go to the winners of the tournament final at Hard To Kill – either Havok and Nevaeh or Kiera Hogan and Tasha Steelz! After signing the contract, Havok and Nevaeh send a violent message to their opponents for this Saturday night.

Meanwhile, Brian Myers confronts D’Amore and demands more opportunity. Josh Alexander gets involved and the two stir up their unresolved issues. D’Amore sets up a match between them for a later date.

This match came about after Tenille Dashwood asked Rosemary to form an alliance with her. Rosemary immediately declined and we’ve now got ourselves a huge Knockouts clash on IMPACT! Rosemary hits a swinging sidewalk slam in the early going. Kaleb trips up Rosemary as she hits the ropes. Rosemary grabs him but he blinds her with hairspray while the referee is distracted! Tenille follows up with a big boot for two. Tenille remains in control with her signature low crossbody in the corner. Rosemary builds momentum with a series of clotheslines, then locks in the Upside Down to do some serious damage. Rosemary’s former ally, Crazzy Steve appears at ringside to even the odds as he chases Kaleb out of the IMPACT Zone! Rosemary uses Tenille’s own hairspray against her, then follows up with the spear to win!

Just days after one of the most brutal “I Quit” matches in professional wrestling history, Moose looks to rewrite history after Matthew Palmer survived his 3-Minute Challenge last week. Palmer is not backing down as he quickly goes on the attack from the opening bell. Moose quickly turns the tide with his overwhelming power advantage. Moose delivers relentless elbows, forcing the referee to stop the match.

AEW World Champion Kenny Omega, IMPACT World Tag Team Champion Doc Gallows and Don Callis are seen watching on from the bus. Meanwhile, the Motor City Machine Guns are doing the same from the backstage area. Anderson takes control by driving Swann shoulder-first into the steel ring post! Anderson continues to target the shoulder of Swann as the wear-down process begins. Swann uses his agility to explode with a rolling clothesline. Swann builds momentum with a neckbreaker, followed by a running knee for two. Anderson goes for the Gun Stun but Swann counters into a rollup to win!

After the match, we see a shot of the luxury bus with Kenny Omega, Doc Gallows and Don Callis nowhere to be found. Moments later, they blindside Chris Sabin and Alex Shelley in the locker room. Swann and Anderson join the fray and a huge brawl erupts! The final IMPACT! before Hard To Kill goes off the air in absolute chaos!